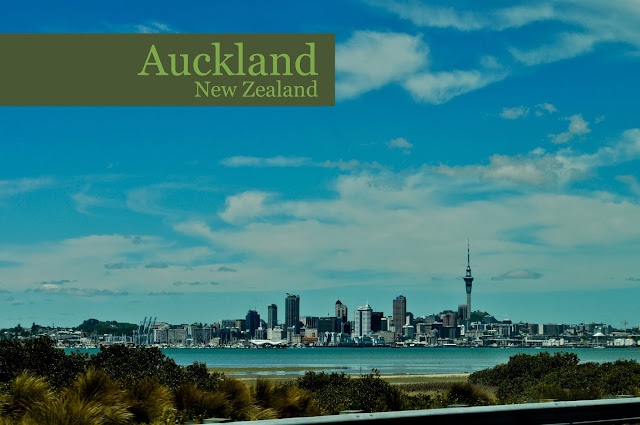 Auckland with the sleeper surprise of our New Zealand trip. Initially, we’d only planned to spend an afternoon in the city before heading elsewhere but we were so beguiled by the town that we came back a day early and spent a full day exploring.
It is by far the most cosmopolitan city in the North Island. The Maori, Caucasian, and Asian populations converge in this city and result in delicious culinary influences. We gladly fell in with the NZ tradition of meat hand pies, wonderful seafood, and home-grown lamb. I’ve heard the korean pancakes are also killer but I couldn’t stuff myself with another single bite.
Before we dive into our stay, I want to put up a big disclaimer: We were in the city for a total of ten exploring (non-sleeping) hours. And due to a crazy few weeks before we left, we did very minimal planning for our Auckland time. Thus, I would not recommend this as a “what to do when you’re in Auckland” post. Get thee down to the nearest bookshop and buy yourself a New Zealand Guidebook – they’ll devote a large chunk of it to this wonderful city. We liked both the Frommer’s NZ and the Lonely Planet NZ North Island copies. 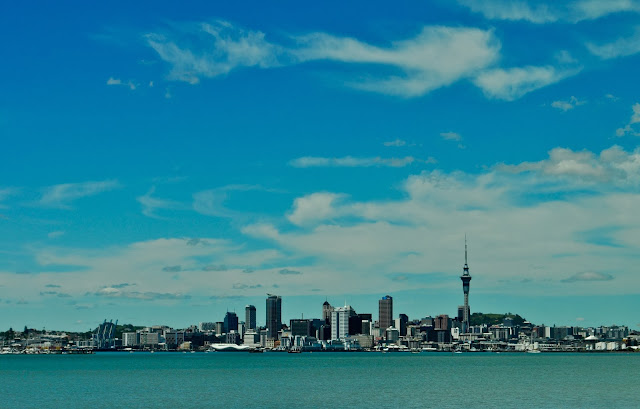 After lots of agonizing, we picked a hotel in the main city center, close to the harbor. It ended up being a decent choice as we were able to leave the car in the parking lot and explore by foot. We’d just arrived from Fiji and the thought of extensive driving in the main financial district (one way streets, lots of traffic, etc) was a bit intimidating, given that Kiwis drive on the left hand side of the road, rather than the American right.
A quick note on driving: Before we left the States, I was pretty worried about the car situation. We’d done a bit of left-hand side driving in South Africa but that was limited to a few major freeways and highways. Outside of fifteen minutes in Johannesburg, there really weren’t many places to make mistakes. New Zealand promised to be an entirely different matter, however. We had 1,200 miles of busy city streets, winding backroads, and hundreds of turns. And anyone switching sides will tell you that the turns are the trickiest.
But in the end, I shouldn’t have worried. Chris drove and I navigated (and made sure he was turning into the correct lane). The first day was moderately stressful for Chris but by the end of our trip it was second nature. He did have a habit of turning on the windshield wipers instead of the blinkers, however. Overall, he did a great job and I shouldn’t have worried so much beforehand.
One thing that made a difference was getting an automatic automobile. We paid more for it (manuals are still pretty common in NZ) but were glad in the end to have one fewer thing to worry about, given that Chris would have been shifting with his left hand. Just remember: driver stays next to the center line. 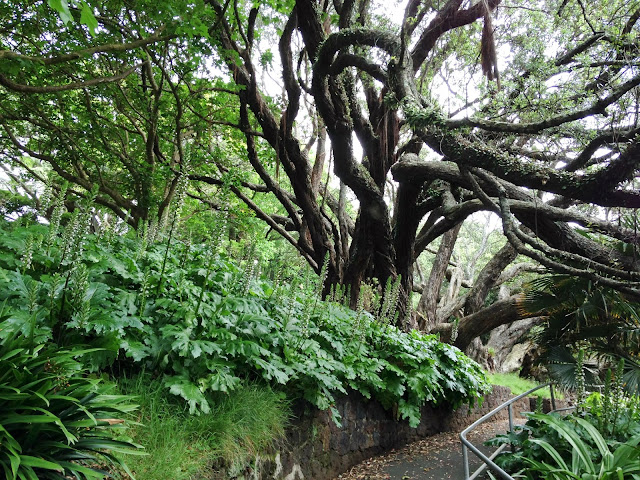 Ok, back to our city post:
The weather is Auckland is almost (but not quite) sub-tropical and that yields all sorts of exotic-looking plants and trees. November is their Spring so temperatures were in the mid-60s to low 70s. Quite pleasant. 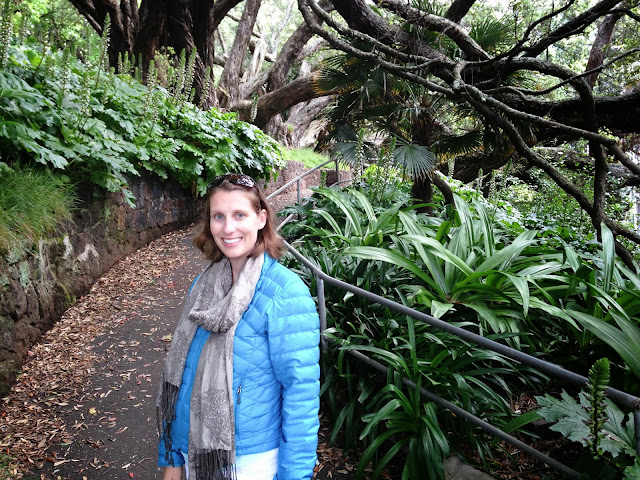 Our first afternoon we moseyed through Albert Park, which is the home of the Auckland University and the Art Museum. Talk about a great location for a college – right in the middle of downtown, next to a gorgeous park. 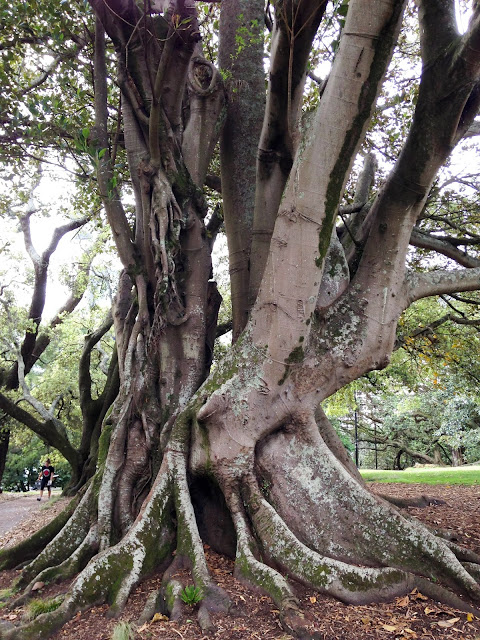 Auckland is a nice blend of stately old buildings and sleek modern structures. We loved the architecture of New Zealand in general, especially some of the modern vacation cabins that dotted the beaches and countrysides. Think asymmetrical roofs, clean horizontal lines, big expanses of glass, and liberal use of dark woods. It was really pretty. On a some-what related note, isn’t this restaurant fabulous (especially at night)?
Here’s an old building in downtown Auckland that’s been giving a modern twist: 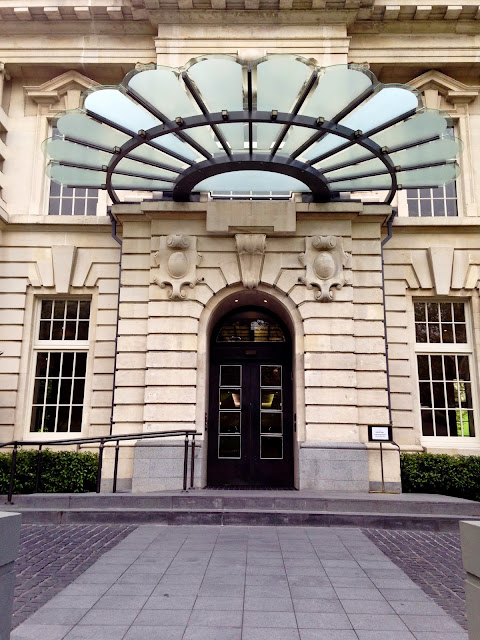 Hey! Seattle!! Guess we have a bit of a coffee reputation. 🙂 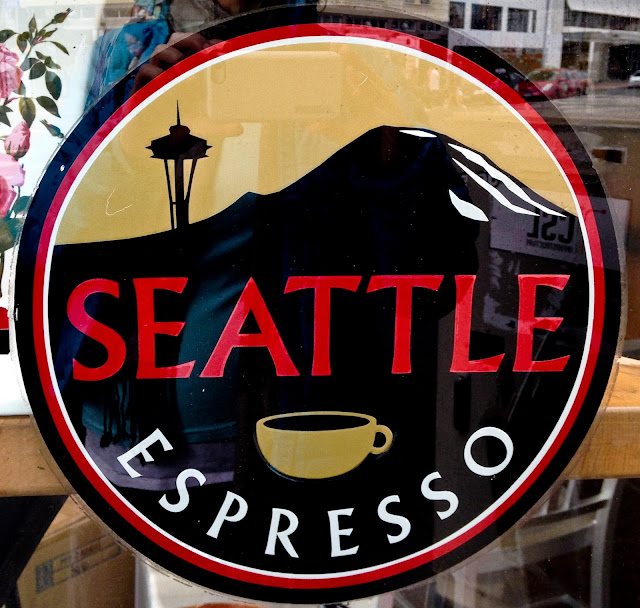 Our most favorite part of Auckland was wandering around the harbor. My dad would have been in boat heaven. And check out the color of the water. Emerald green. 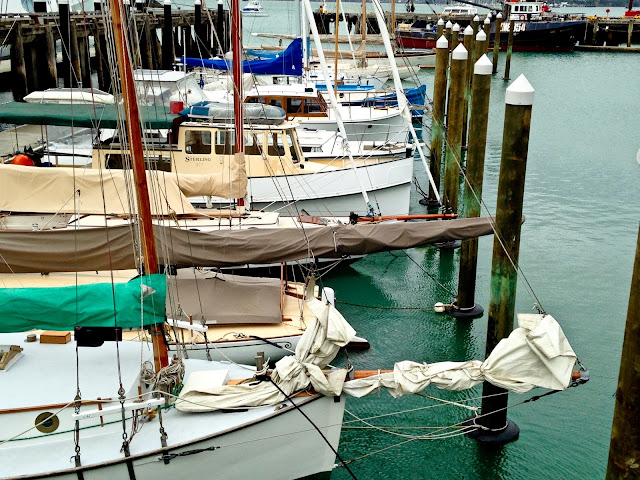 Also, Auckland has these really hip little pocket parks, that are often the size of say…a shipping container! Here is a mini public library. Just plop yourself down for a little book time. How cool is that? 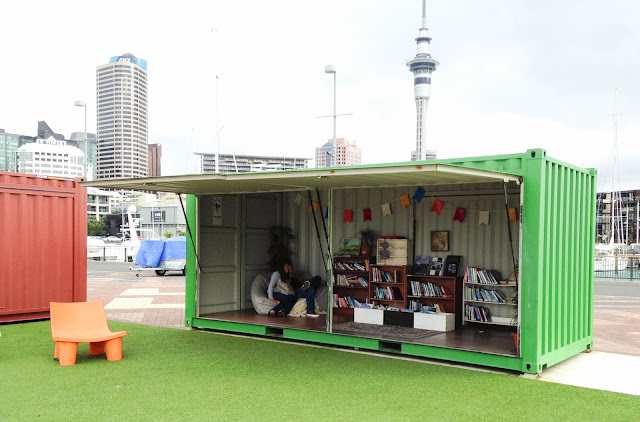 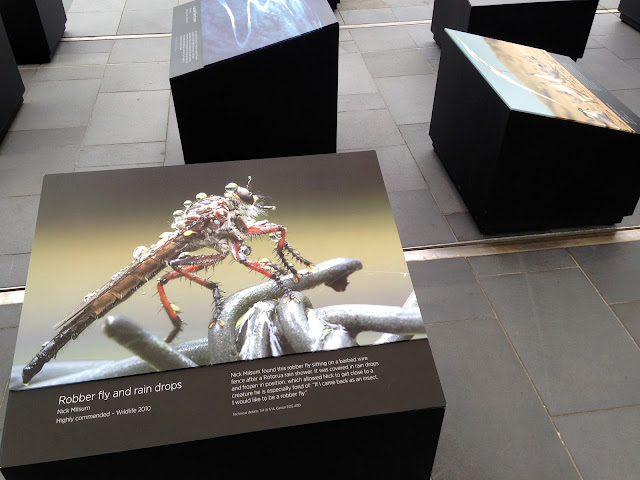 Pretty spaces in what would otherwise be a bland industrial area. 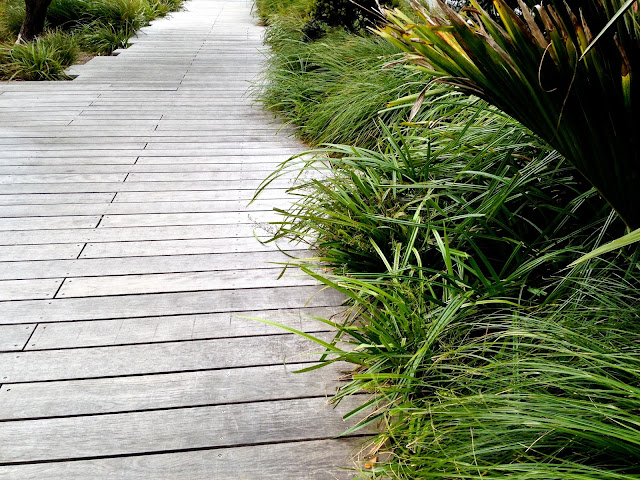 If there is one thing about Kiwis, it’s that they love, love, love sailing. I can only imagine that this last loss in the America’s Cup must have sparked a national day of mourning. There were some gorgeous boats in the harbor. One thing we didn’t get to do (but looked terrific): go for a spin on a real bonifide former America’s Cup yacht. Talk about bragging rights. 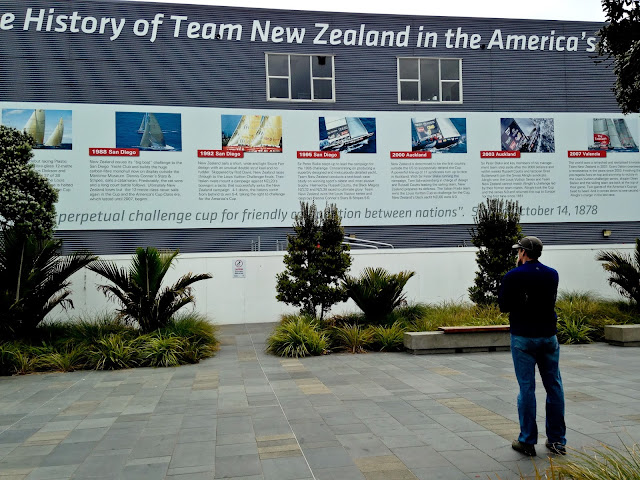 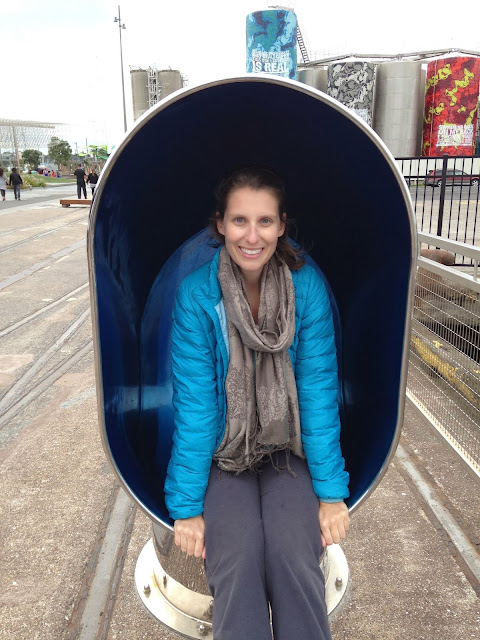 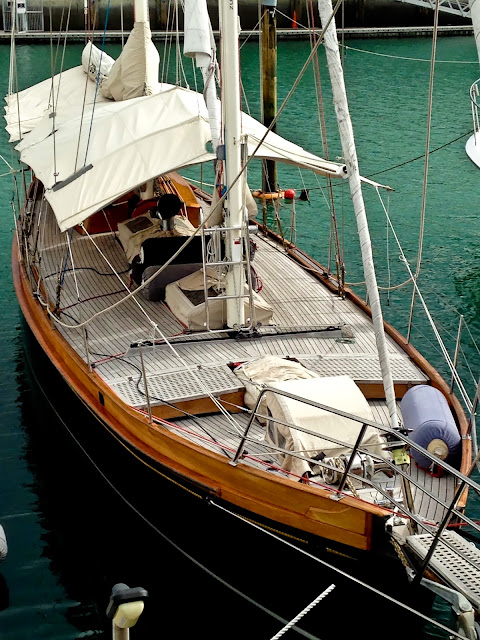 Right. Let’s make a public restroom out of four stacked shipping containers. Both nifty and bizarre, no? 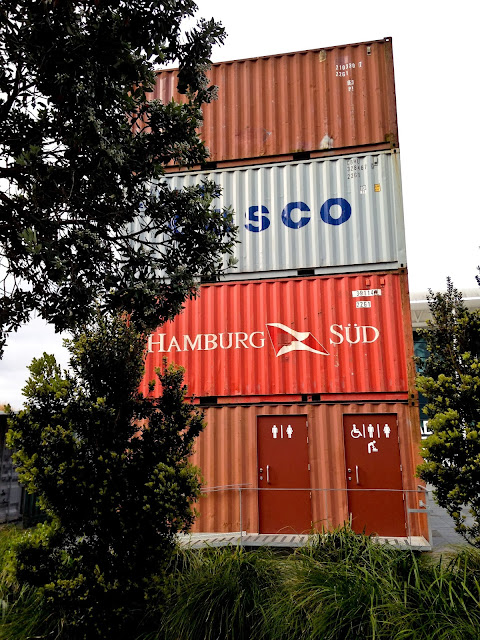 And yes, we also took time to peruse the selection of mega yachts in the harbor. I think this one will do quite nicely. 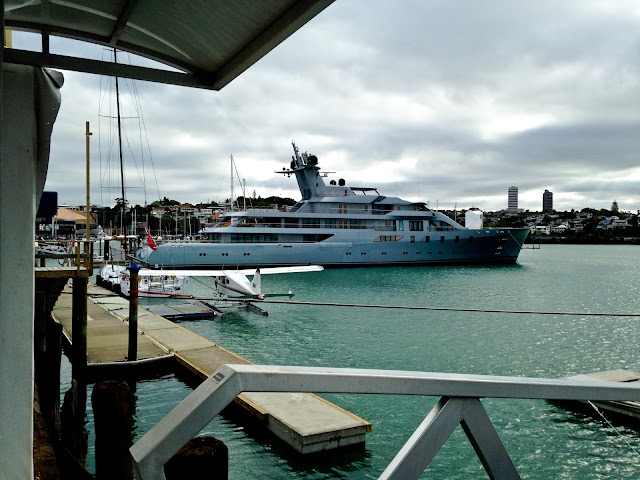 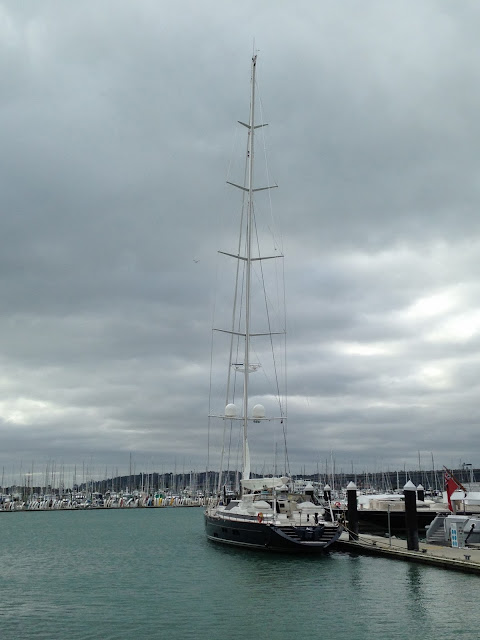 That pointy thing is Auckland’s version of Seattle’s very own space needle. They call theirs the Sky Tower. 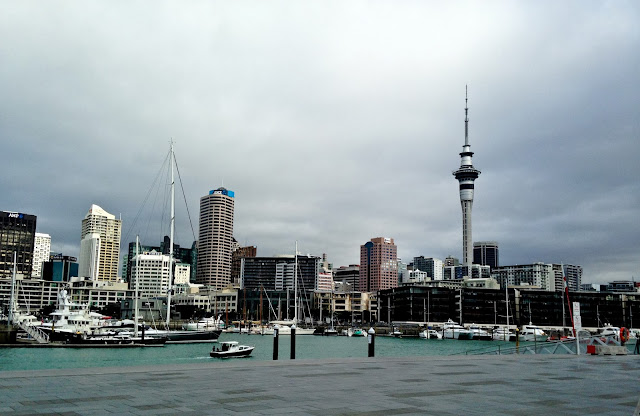 We didn’t go up it but I almost convinced Chris he needed to do the bungy jump off the side. This is New Zealand, the adventure capitol of the world, you know. But he wasn’t buying it. Maybe next time. 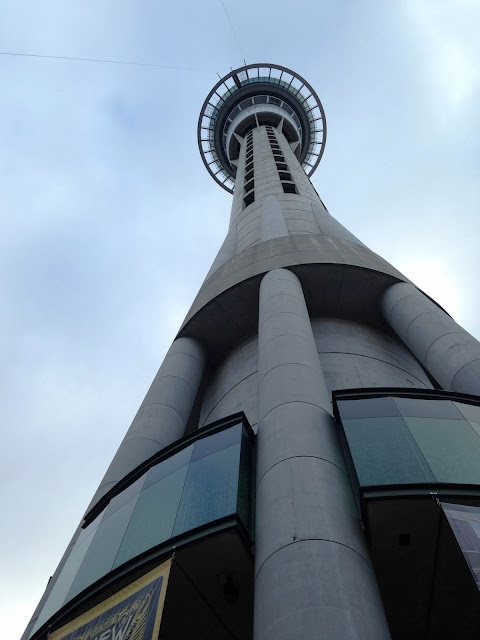 One of our favorite spots was recommended to us by my brother-in-law Eric who happened to be in Auckland a mere week before our arrival: Elliot Stables, an eclectic collection of restaurants in a former horse stable. It’s moody, dark, and they have live jazz on Wednesdays and Sundays. We ate there two Sundays in a row. 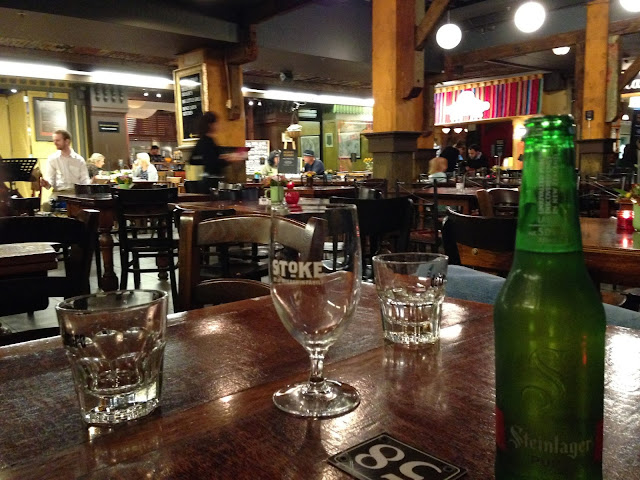 On our last night I had lamb cutlets (when in NZ…eat lamb) and they were absolutely divine. 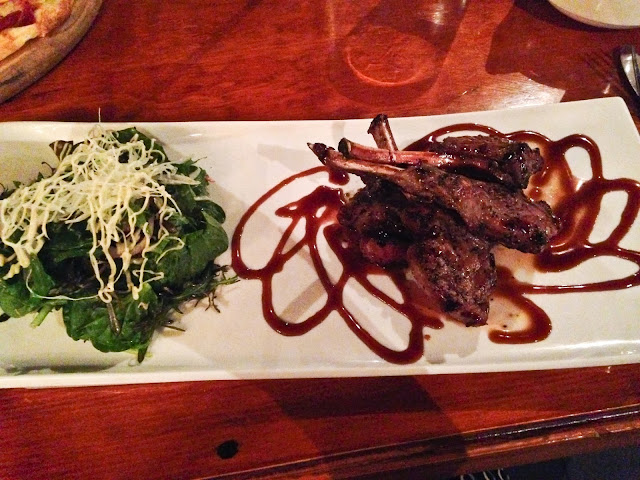 We also took in the fish market down at the harbor. I’ve had intense cravings for sushi since the day I got pregnant but something about the smell of the market had me bolting for the door. Too fishy. 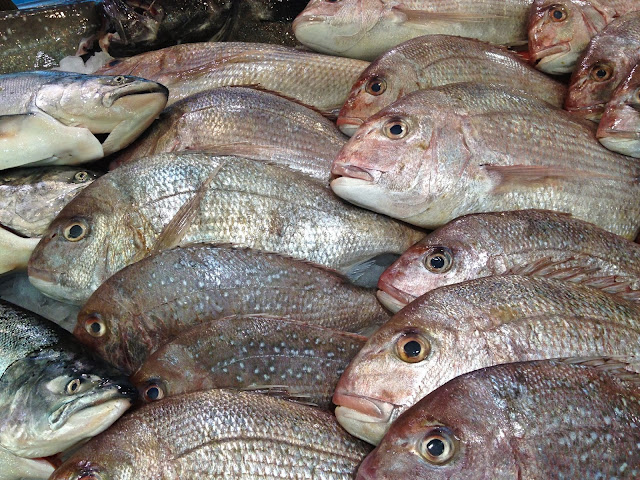 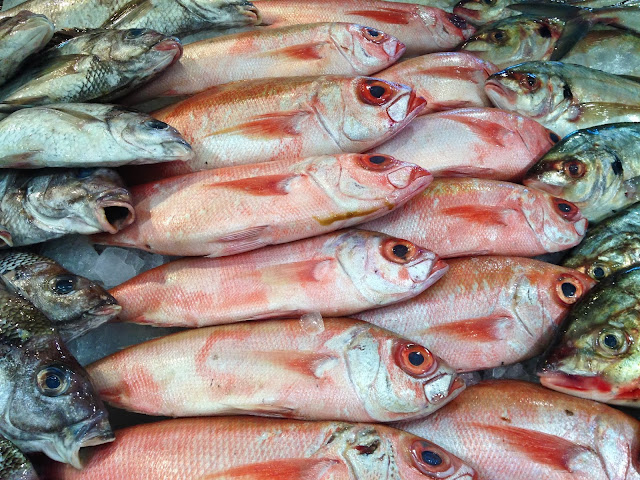 We toured the Maritime Museum, which was huge and fabulous. It’s the kind of place where we could drop my dad off and then collect him two days later, after he’d had a chance to read every sign board in the place. They have a huge America’s Cup exhibit, sailing excursions, and an active boat repair shop. 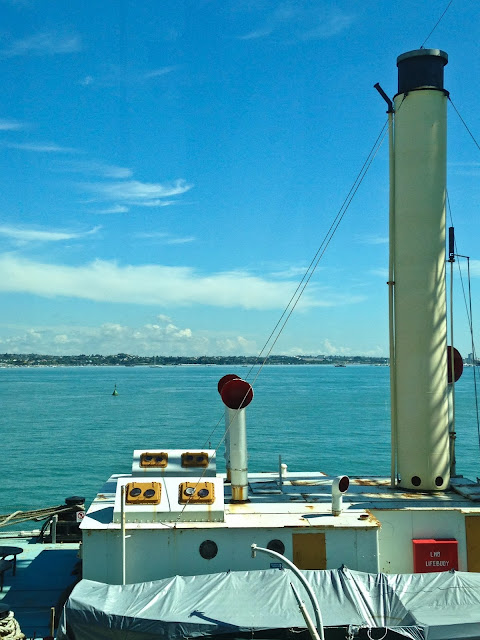 In our final hours we drove up to One Tree Hill (park), examined the historical structures, took pictures of the sheep (in the middle of a huge city!), and had a picnic. It was great. 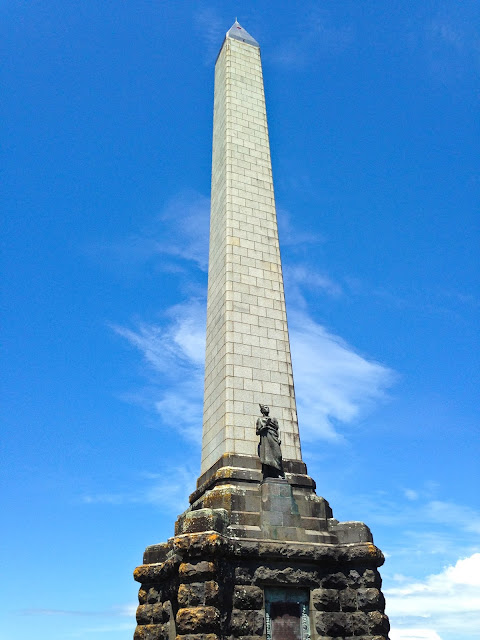 And that, my dears, was our Auckland experience.
Resources
Stay
Hotel: Best Western President Hotel Auckland. [Auckland, especially in the Central Business District, is pricier than the rural areas, not surprisingly. We spent about $140/night USD, plus another $20 for parking, and this was one of the less-expensive options, outside of the backpacking hostels. It pays to shop around: we found the cheapest rates for this hotel through booking.com although you should check all those similar sites. Make no mistake: The hotel is bare bones – nothing fancy. But the rooms had mini kitchens and were clean. Things were a bit noisy so ask for a room further up the tower. Also, the garage is TINY so book your parking spot in advance and don’t expect to fit anything more than a small compact in your space. Hummers need not apply. Also, the entrance to the garage is in the back alley – it took us 20 minutes to find it as the CBD is a maze of one way streets.]
Eat
Elliott Stables (There are 10+ different restaurants within the Stables. Order from the counter and then find a cosy seat in the main dining area. Enjoy the jazz)
Pie Face (Horrible name, tasty pies!)
Do
A few other activities that we considered, but didn’t have time for: