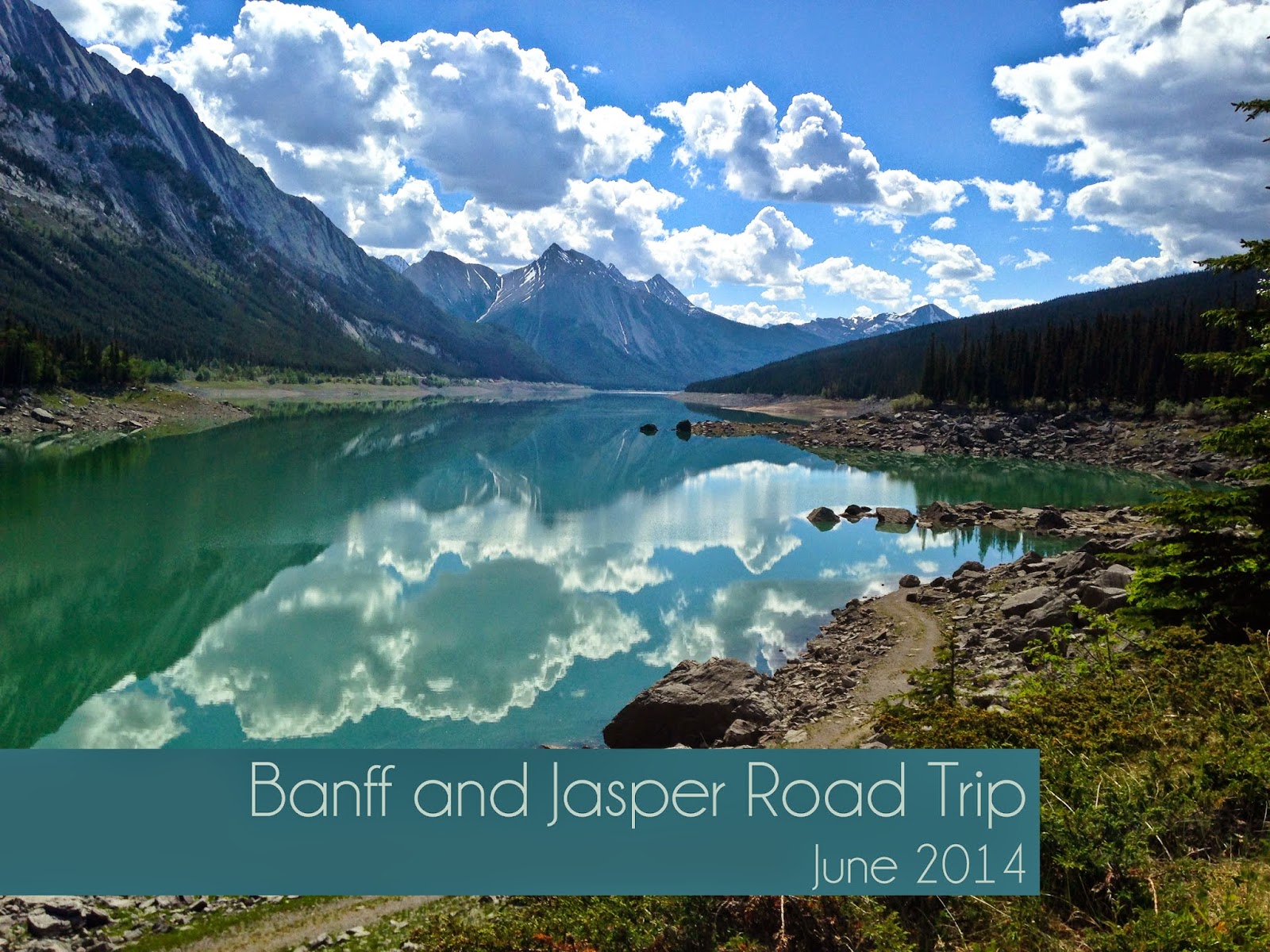 Summer is here and thus it is time for Team J to hit the road. This vacation has been in the works for a while; I made the reservations back in February and then kind of forgot about it. Life has a way of creeping up and getting hectic, doesn’t it?

Anyway, after a mad scramble last week to wrap up the few final details, we piled into a rented minivan (poor little Pepe the prius was too small for this adventure), grabbed the passports, and headed north.

Our plan was to drive in a big clockwise directions, spending the night in Kamloops (British Columbia)(1 night), Jasper (Alberta)(2 nights), Banff (2 nights), Calgary (1 night) and then head back into the US, spending our final night in Sandpoint, Idaho.

Here is our route:

All in all, about 2,000 miles. We decided that our family was either a) really ambitious or b) crazy. Ben is not known for his ability to sit for long periods and Emma is, well, only five months old so her attention span is also a bit limited. It was going to be an adventure no matter what!More to come as I sort through pictures.xo, Sonja
Up Next:
Part I: Kamloops Horse Ranch
Part II: Bears and Boats
Part III: Jasper National Park
Part IV: Icefields Parkway
Part V: Banff and Lake Louise
Part VI: Calgary
Canada Alberta, Banff, British Columbia, Calgary, Canada, Featured, International, Jasper, National Parks